The health secretary for Chiapas, Mexico’s southernmost state, has reported that there are ten confirmed cases of the A/H1N1, or “swine flu”, virus in the state.

These cases were found in 90 test cases. In these instances, the individuals were not hospitalized, as the illnesses were not considered to be serious enough.

As a result of these results Chiapas’ Ministry of Health has strengthened its epidemiological surveillance. This surveillance covers all respiratory infections, something that is of greater concern due to moving cold fronts and sudden changes in temperature in different regions of the state.

All medical units in the jurisdiction are on a state of high alert, particularly with regard to reporting potential fatalities. The Ministry clearly wants to be prepared to put quarantines (“epidemiological fences”) in place, and to get ahead of the issue with public education, home visits, and aggressive samplings. 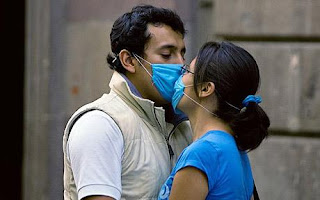 They still needn't be too concerned

So far, the data from Chiapas is still not that alarming: there have been 12, 029 cases of respiratory infections, which represents 1.3% more than at this time last year.

La politica es la politica has been following this issue in some detail. Recent news is here. For an historical context, go here.


Also, if you have read this far, perhaps you would support our efforts? We do this for free. Supporting La politica es la politica is easy - simply click on the "donate" button on the upper right-hand side of the page. We are talking small generosities, not big bucks. As a heads up, Pay Pal will insist that you use it if you are already on account. For direct credit card payment, you will then have to use a number and email that Pay Pal doesn't recognize in order to escape their benevolent grasp.
Posted by TimothyEWilson at 09:39