A retired mechanic from Saltspring Island was killed in Mexico on Monday, January 2nd, during a break-in.

The murder occurred in the village of Villa Obregon, near Melaque north of Manzanillo on the pacific coast, in the State of Jalisco. 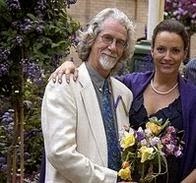 Robin Wood, 67, apparently challenged two robbers who had entered the home of fellow Canadian Arvid Chalmers, where the pair was staying. Mr. Wood was shot.

Mr. Wood, who had been spending time in Mexico since retiring, was well known – and well-liked – on Saltspring Island, British Columbia, where he lived in Canada. Mr. Wood is the former owner of the Beddis Road Garage and a mechanic at the old Payless Gas station on Rainbow Road.

The Department of Foreign Affairs confirmed Tuesday that a Canadian was murdered in Mexico, but released few other details. Consular officials in Puerto Vallarta, Mexico, are working with local authorities and are ready to help the family.

After the shooting the police were called and Mr. Chalmers took Mr. Wood to a hospital in nearby Cihautlan, where Mr. Wood succumbed to his wounds.