The news from Mexico can be exhausting. Much of it is a tally of extreme violence and death. For those steeled to this barrage, the blog Menos dias aqui, which you can also follow on Twitter, provides a relentless accounting of the misery. From that perspective, the situation in Mexico is a never-ending dark tunnel, with no light in sight.

As well, the death of Miguel Nazar Haro last week exposed two frustrating truths of modern Mexico: first, how nasty Mexico’s “dirty war” against civil society and leftist organizations was in the 1960s and 1970s; and second, how impunity is still a serious problem.

The irony is that many in Mexico, particularly supporters of the Partido Revolucionario Institucional, or PRI, which ruled Mexico for most of the 20th century, would like to go back to the good old days. They argue that the PRI is now less corrupt, and that the war on drugs is – and will continue to be – an abject failure, with the human cost simply too high.

They are right to say that the situation is dire, and that the ruling Partido Acción Nacional (PAN) has embarked on a dangerous and, at times, reckless, war on drugs. Every single one of Mexico’s institutions was too weak to handle this aggressive transition, including the military. It was too much, too fast, and the Mexican citizenry has paid dearly.

But let’s be clear: back in the halcyon days of the 1960s and 1970s, the PRI was responsible for a dirty war in which an estimated 1,200 people were “disappeared”, as well as the  Tlatelolco massacre, which saw the death of hundreds, if not thousands, of students and innocent bystanders. A lattice-like network of corruption sentenced tens of millions to a life of poverty.  They died too early, and too poor, while the PRI and its cronies lined their pockets.

And, as Mexico rolled into the 1980s, drug trafficking became a bigger phenomenon, but the PRI was there to profit. The system of corrupt one-party rule worked as a buffer for the cartels. A political monopoly made it easier to cut deals, and to ensure the secure and (relatively) peaceful transport of drugs to the United States.

The first PAN president, Vicente Fox, who took office in December 2000 after a historic election victory, clearly underestimated the strength of the cartels. It appears he simply failed to conceive of the depth of the cartels’ intersection with security forces and local and state politicians. At that time, the Americans had had considerable success shutting down the eastern Caribbean routes for trafficking cocaine from Colombia. The shift to Mexico was an easy one: the Gulf Cartel and the Juárez Cartel had been active since the 1970s, and the Sinaloa Cartel and Tijuana Cartel were on the rise.

Organized crime in Mexico has always been violent, and always had a degree of conflict among cartels jostling for influence. But in the 1990s the rise of the Sinaloa Cartel changed the game significantly, because higher value cocaine, heroin, and crystal methedrine were a bigger part of the mix – marijuana was till important, but less so. With more money at play, the stakes got higher, and violence increased. The Mexican people were clearly fed up, as were the Americans.

Enter PAN president Felipe Calderon who, directly after he assumed office in December, 2006, declared war on the cartels. The results, as we know, have been depressing, and have been complicated by the fact that Mexico’s weak institutions and local corruption – along with, some argue, the PAN’s “pro-business” agenda – have resulted in a failure to provide opportunities for the poor. 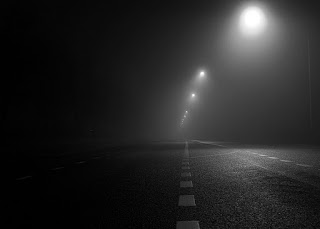 No end in sight?

Instead, the transition resulted in oligarchic capitalism, and increased competition for markets and power between criminal organizations, much as we see in Russia. Mexico has the richest man in the world, Carlos Slim, a telecom giant who runs a near-monopoly and is permitted to charge very high prices. Mexico also has the richest drug dealer and most wanted man in the world, Sinaloa Cartel leader Joaquín ‘el Chapo’ Guzmán. Those are two very odd statistics for a country that has the world’s 13th largest economy, and in which, by some estimates, almost half the population lives at or below the poverty line.

To date, the aggressive targeting of the cartels by Calderon has resulted in the hydra-like monsters we now confront, including Los Zetas, a gang of former paramilitaries that some now consider to be the most powerful cartel. Every time a criminal gets taken out, there are plenty of poor kids willing to spring up and assume his position. The jockeying for power is more and more violent, and as the big cartels are destabilized dozens of smaller street gangs take their place. What was once a “managed” situation has become anarchic and chaotic.

But the daily news is also an indication of how much Mexico has, and is, changing. Clearly, the government has not in any way slowed down its pursuit of criminals. Every other day it seems a high-ranking member of a cartel is taken out of commission. Significantly, the rash of take-downs of members of the ultra-violent Los Zetas cartel – most recently exemplified by the arrest of Los Zetas hit-man Enrique Aurelio Elizondo, as well as the arrest of seven suspected Los Zetas kidnappers in Monterrey – has been complimented by some significant successes against the Sinaloa (Pacific) Cartel.

As well, on January 20, a helicopter-supported operation in Durango resulted in the detention of eleven suspected members of the Sinaloa Cartel, and the arrest of a regional leader. A separate operation in Sinaloa saw the arrest of another leader, Fidel Mancinas Franco.

The surge in arrests of Sinaloa members and leaders seems to indicate that authorities are deriving good intelligence from their captives, and that they may be zeroing in on ‘el Chapo’. It also potentially quietens criticism of the government that it has been soft on the Sinaloa Cartel, targeting Los Zetas instead.

At this point, there seems to be little choice but to continue the pressure on the cartels. The United States is not about to stop producing guns or consuming drugs, and the legalization argument, though appealing to many, has very little traction on either side of the border.

Law enforcement is not an option, it's a necessity – something that Mexico is learning the hard way. But this war of attrition will end, and the Mexican state will not fail. This is not to say that any society, least of all Mexico’s, will one day be “free of crime”, but any society can evolve to the point where law enforcement is reliable, and public security a reasonable expectation. Let’s hope Mexico gets there, too.