Mexican officials have reported that last week a 76 year-old man from Guadalajara was the first to die from A/H1N1 in the state of Jalisco.

The man suffered from hypertension – not unusual in someone his age – and had not been vaccinated. However, there is another death being studied, in which the victim had the symptoms of influenza.

So far this flu season Jalisco has had 37 confirmed cases of influenza. Of these, 36 were of the A/H1N1, or “swine flu”, strain.

Of relevance to health officials is that 11 of the 36 cases were from staff at the Old Civil Hospital "Fray Antonio Alcalde" in Guadalajara. It is for this reason that authorities now speak of a flu “outbreak”. 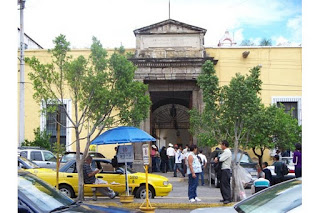 As of this point last year Jalisco had not registered any cases of A/H1N1 virus. However, last year H3N2 was the most common strain, whereas this year the common strain appears to be the A/H1N1.  And, though A/H1N1 is the same virus that caused a pandemic in 2009, it is now considered to be a “seasonal flu”.

As a result, authorities have not raised any specific alarm for Jalisco, though the State Committee for Epidemiological Surveillance, composed of representatives of various health institutions, has agreed to recognize the present situation as an outbreak.

Authorities have been emphasizing the importance of increased vaccination, and are encouraging people to visit their doctors upon noticing flu-like symptoms. As well, it is important not to self-medicate without having first consulted with a healthcare professional.

La politica es la politica has been covering this story in some detail over the past few weeks. See also:


Also, if you have read this far, perhaps you would support our efforts? We do this for free. Supporting La politica es la politica is easy - simply click on the "donate" button on the upper right-hand side of the page. We are talking small generosities, not big bucks. As a heads up, Pay Pal will insist that you use it if you are already on account. For direct credit card payment, you will then have to use a number and email that Pay Pal doesn't recognize in order to escape their benevolent grasp.
Posted by TimothyEWilson at 15:48