Hunt is on for accused murderers at the FEG

Now, however, it seems that the four arrested teenagers, aged 13, 15, 17 and 19, may have been unwilling participants.

The four teenagers were first thought to have confessed to having participated in the killing of the five individuals. However, it seems now that they almost certainly acted under duress, and may have only assisted in the disposal of the bodies.

The 19 year old, Gerardo Godoy, as well as the three younger students, who cannot be named, have testified that it was the new FEG President David Castorena Peña who was responsible for killing of the father, son, and three other students.

There are two theories as to motive: either Gomez Salcedo did not want to pay increased “derecho-de-piso” fees being charged by the FEG for running his “churros” stands (a deep fried dough); or Gomez Salcedo was himself involved in the extortion racket, and had been pocketing monies intended for Castorena Peña and/or the FEG.

Godoy, who along with the other teenagers acted as a coordinator for the FEG, testified that he saw Gomez having a heated argument with caretaker Gerardo Flores Gomez, also known as “The Tattoed” (El Tatuadao) on union grounds, whereupon both of them entered the building and went into Gomez Salcedo’s office.

In that room were four people: Castorena, the caretaker “El Tatuado”, Gomez and his son. Apparently, there were also staff in the building along with the three other teenagers.

According to testimony by Godoy, two shots were heard, and a bloodstained carpet was removed. The teenagers were then forced to dispose of the bodies by digging shallow graves on the union grounds. 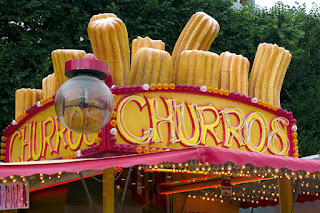 Hardly worth dying for

Meanwhile, to avoid having witnesses who might implicate them (it was assumed, presumably, that the staff and the teenagers would remain silent), the three other students who came with Gomez and his son were stabbed to death. These students had been bound and gagged in an office in the building during the ordeal. They, too, were disposed of in makeshift graves on the grounds.

The PGJ is now looking for fourteen people who might be involved in the murders, including Castorena, the caretaker “El Tatuado”, and the former president Israel Mariscal. All have ignored a subpoena filed by prosecutors.

The implication of other participants is due in part to the fact that, directly after the shots were fired, Godoy stated that Castorena came out of his office to make several phone calls.

As well, months before the murders were committed, Castorena and others pursued legal injunction against detention, known as a “writ of amparo”. Authorities believe that some of these protections may involve his closest collaborators.

Seeking such injunction is not uncommon in Mexico; this is because Mexican law allows suspects and even witnesses to be held for extended periods of time.

Mexico does not have habeas corpus, which allows for a prisoner to be released from unlawful detention (i.e. lacking sufficient cause or evidence). Instead, the system is left largely to the discretion of judges. The writ of amparo partially reversed the harsh Napoleonic Code, and assured that some individuals can be presumed to be innocent, or at least protected from detention.

Apparently, Castorena Peña and others filed for this protection, and lived under it, at least from September 2, 2011. Others under this protection included Gustavo Buenrostro Hernández, Gustavo David Pérez Íñiguez y Martín Isaac Pérez Góme.

While a writ of amparo is not an admission of guilt, it is an acknowledgement that the authorities may have interest in detaining certain individuals. In the past – and many would say to this day, as well – Mexican judges would offer a writ of amparo for a personal fee. As a result, the rich and well-connected could often avoid prosecution.

To read more about this case, including the nature and history of the FEG, and accusations that the FEG extorts money from street vendors in exchange for the so-called “derecho de piso,” or dues, please refer to these articles from La politica es la politica:

Body found at Student Federation of University of Guadalajara


Also, if you have read this far, perhaps you would support our efforts? We do this for free. Supporting La politica es la politica is easy - simply click on the "donate" button on the upper right-hand side of the page. We are talking small generosities, not big bucks. As a heads up, Pay Pal will insist that you use it if you are already on account. For direct credit card payment, you will then have to use a number and email that Pay Pal doesn't recognize in order to escape their benevolent grasp.
Posted by TimothyEWilson at 11:20