At three a.m. on Saturday, January 7th, three people were shot dead in central Guadalajara. Another body was found later in the morning to the south of the city.

All four deaths look to be the result of internecine conflicts amongst criminal organizations.

The Public Security Directorate in Zapopan, an area within Guadalajara’s city limits, reported that three people were attacked and shot dead at the intersection of Venustiano Carranza and Manuel Aguirre.

This is in the Constitución neighbourhood in the north of the city.  The three were in a Dodge Stratus parked in front of a shop selling wines and spirits.

When the shooting was over the corpse of a 32-year-old man was on the sidewalk, and in the passenger seat of the vehicle was the body of a 23-year-old woman. The third victim, aged 30-35, died while being treated by paramedics, and has yet to be identified. 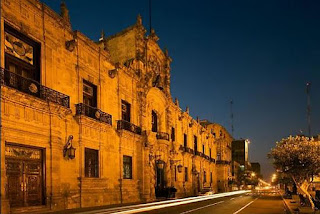 The attack appears to have been sustained and extremely violent. At the location were found at least 45 shell casings from an AK-47 assault rifle and a handgun.

The fourth victim seems to have been part of an unrelated attack, though it also bore the hallmarks of organized crime.

In the morning of the 7th locals found a male body at the intersection of Aldama and Las Vías, in the El Campesino neighbourhood in Tlaquepaque, in the southeast of the city.

The body, which has yet to be identified, was covered with plastic bags.

Guadalajara is still mostly a safe city, but it has seen some bizarre and violent crimes of late, the most notable being the attack at the Guadalajara Students Federation in December of 2011. For more information on that, go here.