SNC-Lavalin is good for BMO’s business, Cynthia Vanier is not

Former consultant to SNC-Lavalin Cynthia Vanier is about to have all of her banking services – including credit cards – cut off by the Bank of Montreal (BMO). The termination is expected to take place on March 13.

Ms. Vanier is now in a prison in Chetumal, Mexico. She has been charged with organized crime, document forgery, and human smuggling, in relation to an alleged plot to bring fallen Libyan dictator Moamer Kadhafi's third son, Saadi Kadhafi, 38, to Mexico.

La politica es la politica first heard of the intention by BMO to deny Ms. Vanier all financial services from her parents, John and Betty MacDonald, who were interviewed on-site at Lake Chapala in Mexico. The family is concerned that, without financial resources, life in prison, as well as the costs associated with mounting a defense, would be untenable. 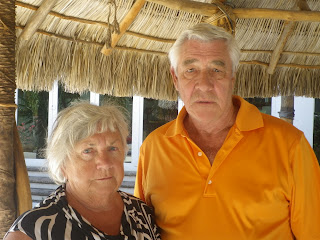 Correspondence from La politica es la politica with Ms. Vanier’s lawyer, Paul Copeland, as well as with Lorraine Howard, Senior Counsel at BMO, and with Ralph Marranca, Director, Media and Public Relations at BMO Financial Group, has resulted in only a partial explanation as to why Ms. Vanier is to be denied service.

Responding to a direct query from Mr. Copeland, Ms. Howard was able to confirm that a search warrant was “not applicable” and that BMO had not been approached by Canada's Integrated National Security Enforcement Team (INSET). As well, none of Ms. Vanier’s banking information was supplied to Canadian or Mexican authorities.

According to Ms. Howard, BMO’s decision was made based on “a review of the public information available regarding the activities of Cynthia Vanier/Vanier Consulting Ltd. and account activity.” As a result, “the account profile was no longer operating within Bank of Montreal’s risk tolerance as risk issues were raised in excess of a level acceptable to Bank of Montreal.”

Mr. Copeland has expressed concern that, by relying on “public information”, the BMO is damning Ms. Vanier in absentia and as a result of information gained from dubious sources.

For example, statements made by Gary Peters, who had provided security for Ms. Vanier when she worked as a mediator in indigenous communities, as well as during her July, 2011, “fact-finding” mission to Libya, are contradictory.

Mr. Peters, who claims he drove Saadi Kadhafi to the border with Niger, where Mr. Kadhafi now resides, has made a number of inconsistent statements to the media, to Mexican authorities, and to Mr. Copeland. Mr. Copeland has had no success in getting Mr. Peters to sign a statutory declaration.

It is La politica es la politica’s understanding that most of Ms. Vanier’s income in 2011 flowed from contracts signed with SNC-Lavalin – something that BMO would have full visibility into.

As well, SNC-Lavalin is now conducting an internal investigation into $35 million in undocumented payments tied to its construction business.

“We won't be offering a comment.  We have a policy not to discuss our customers' business or our relationships with our customers.”

But that is not entirely true. The bank and SNC-Lavalin were very happy to discuss their facility management services contract at the time of signing.

And when it comes to how BMO treats unconvicted Canadians in jail in Mexico, whom they happily serviced when the money was flowing from contracts with SNC-Lavalin, and SNC-Lavalin itself, which has over $10 billion in revenue, but is now embroiled in multiple scandals, corporate “policies” seem to be somewhat fluid.