Now that Mexico’s ruling right-of-centre Partido Acción Nacional (PAN) has chosen Josefina Vázquez Mota as its candidate for the July 1 federal election, the Mexican people can stand back and assess how her public security strategy compares to those of the other two candidates: Andrés Manuel López Obrador of the left-leaning Partido de la Revolución Democrática (PRD); and Enrique Peña Nieto of the Partido Revolucionario Institucional (PRI).

Of particular interest is how any strategy will tie in with US policy, and to what extent new approaches will be informed by the aggressive tactics assumed by PAN president Felipe Calderón. We are only now entering into the heat of a six month campaign; much can happen, and though Peña Nieto is the clear favourite at present, he has stumbled of late, and Ms. Vázquez Mota will likely get a boost from her recent win. López Obrador, running third in the polls, could also see a surge if he can transfer his rural base into urban support.

Below is an assessment of the three candidates’ security platforms, and what the implications might be for the Mexican people and for Mexico-US relations.

López Obrador has been a firm critic of the tough, militarized approach pursued by Calderón. He has promised an even application of the law, proposing improved care for victims and an emphasis on the protection of human rights. Practical suggestions include a single police command that will gradually assume security operations in areas that are now under the control of the Army and Navy, as well as a single intelligence agency tasked, in part, with tracking criminal financial networks.

The PRD leader has said that the training of this new police force will emphasize civic and moral values, and that he is committed to salary and benefits increases for police officers throughout the country – hardly a new suggestion in Mexican politics. All in all, López Obrador has come up with ten proposed actions, but one main theme: organized crime cannot be combated as long as, due to its absence or its own actions, the government itself is culpable in the erosion of human rights.

López Obrador has also thrown down a gauntlet to the United States by claiming that as president he would firmly reject any intelligence activities by US agencies, including the introduction of arms or money. This would halt the activities of CIA operatives and agents with the Drug Enforcement Agency (DEA); it would also, of course, ban the use of unmanned drones.

It would also call into question the continuance of US aid. (Since 2008 the US government has contributed $1.6 billion in law enforcement aid to the Calderón administration under the Merida Initiative). Given the US government’s botched “Fast & Furious” sting operation – in which guns were deliberately sold to drug operatives in Texas, only to see federal agents lose track of them – this may have popular appeal.

The PRI candidate, Peña Nieto, is popular and charismatic, and is seen as having been a competent governor of the state of Mexico (2005-2011). His stated aim is to strengthen the security apparatus – even if it means a complete reinvention of the present structure. Key to this would be ensuring that the Ministerio Público, for example, would have autonomy and be free of political interference.

Peña Nieto has stated that he would support a withdrawal of military forces from areas that have been hit hard by the war on drugs; however, the terms and conditions have not been spelled out in any detail. He has spoken of the need to maintain “order”, but has suggested that the hard-line approach taken by Calderón has actually destabilized the nation.

This has led his opponents to suggest that he will let the state retreat, and allow for de facto control of certain plazas by the cartels. That said, in response to accusations made by president Calderón that the PRI might negotiate with the cartels in order to keep the peace, Peña Nieto and other PRI party officials have clearly stated that they will not engage in any dialogue with criminal organizations.

Mr. Calderón, however, is not alone in his concern. American officials are believed to have stated in private that the PRI, which ruled Mexico for 71 years until losing to the PAN’s Vicente Fox in 2000, could revert to its old tactic of allowing some cartels to operate with a degree of autonomy, so long as they keep the peace. It is unlikely that such a blatant approach would be successful, or even possible, but it may have some electoral appeal to a citizenry weary of the conflict.

Josefina Vázquez Mota has promised to continue with Calderón’s highly aggressive, militarized efforts to break the cartels. During the last six years of the Calderón administration the level of engagement with Mexican and US law enforcement has reached unprecedented levels. Under Ms. Vázquez Mota this would continue, with more US aid likely to flow beyond law enforcement and into efforts at strengthening Mexico’s justice system.

Programs that support CIA and drone activity would stay in place, and possibly even expand, though Ms. Vázquez Mota has equivocated with regard to the role of the military in civilian areas. Her “firm hand” includes a proposal for life imprisonment for any politician found to have been corrupted by organized crime. 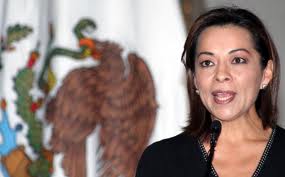 The unpopularity of the war on drugs, which was initiated by Calderón and has resulted in over 47,000 deaths, will be a major liability for Vázquez Mota, who has promised “no truce” with the cartels. So far, the political benefit has fallen to Peña Nieto, who represents a fresh face and, he would argue, a reformed PRI. López Obrador, who narrowly lost the last election against Calderón, is seen by some as a man who is too sure of himself – he staged six weeks of demonstrations after his presidential defeat which, in the end, reduced his popularity. But he has impressive name recognition, and support from a poor and rural base that, thanks to electoral reforms, now actually gets most of its votes counted.

Whatever the outcome, the United States will work with any of the three leaders. The irony is that Vázquez Mota may lose this election to Peña Nieto as a result of the unpopularity of her predecessor’s war on drugs, yet it is highly likely that the PRI would continue with much the same policies. If the PRD were to win, however, we could expect a chilly reception from Washington, and real anxiety that the bilateral efforts that have been made to date would be for naught. This is not to say that López Obrador would capitulate to the drug cartels, but by reducing cooperation with the United States, and pulling security forces out of some areas, the result could be an effective ceding of certain plazas to organized crime.


For opinion from Timothy Wilson as to why a Peña Nieto presidency would be bad for Mexico, go here.


Also, if you have read this far, perhaps you would support our efforts? We do this for free. Supporting La politica es la politica is easy - simply click on the "donate" button on the upper right-hand side of the page. We are talking small generosities, not big bucks. As a heads up, Pay Pal will insist that you use it if you are already on account. For direct credit card payment, you will then have to use a number and email that Pay Pal doesn't recognize in order to escape their benevolent grasp.
Posted by TimothyEWilson at 14:49