Mexican defense department said on Friday, June 6, that the army had apprehended Raul Diaz Roman, a drug boss allegedly behind the death of Juan Francisco Sicilia and six other men in March 2011. 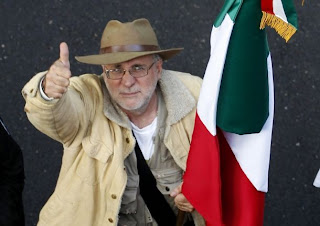 Francisco Sicilia’s father is the well-known Mexican poet and cultural commentator Javier Sicilia. After his son’s death, Sicilia abandoned literature and has since devoted his life to trying to stop the violence that is plaguing Mexico.

Specifically, the elder Sicilia created the Movement for Peace with Justice and Dignity, a high profile citizens group that has argued against the militarization of the conflict. The group has received widespread attention – though, sadly, it appears to have done little to reduce the bloodshed.

According to authorities, Raul Diaz Roman headed the Beltran Leyva cartel’s operations in Morelos state. Juan Francisco Sicilia and six other men were found dead inside a vehicle in Temixco, Morelos, and it was allegedly people under Diaz’s command who carried out the murder, the department said.

The murder of Juan Francisco Sicilia appears to have been a mistake, as there was no evidence that he was involved in criminal activity. 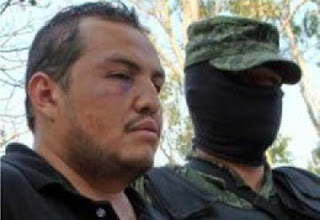 Raul Diaz Roman after his arrest

According to government statements, Diaz worked for the cartel while still an active-duty member of the Morelos police, overseeing drug trafficking in the cities of Cuernavaca, Xochitepec and Jiutepec.

He was captured Thursday, June 5, in Tecamac, a town in the central state of Mexico.