For the first time in six years, Costa Rica is a little safer

This the first decrease in six years. 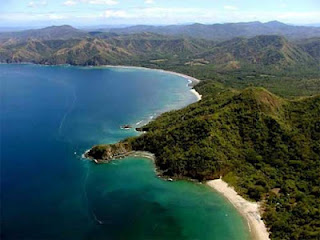 Beautiful - and a little safer than last year

This is only the second time in the past 10 years that a decline has been reported. The first decline in homicides took place in 2004, when the overall number dropped from 300 to 280 deaths.

As possible evidence that some for the deaths were related to drug and human trafficking along the Central American isthmus,  55 of those killed in 2011 were Nicaraguans, and 14 were Colombians. In total, 378 Costa Ricans were murdered in 2011.

Statistics show that the capital city San Jose is the district with the most homicides, at 171. This is followed by Limon, with 111. Limon is a province on the Caribbean coast that has been  hit hard by disputes among drug gangs.

According to United Nations statistics, Central America is one of the most violent regions in the world, with an overall murder rate of over 30 homicides per 100,000.  Particularly dangerous is the “Northern Triangle” (Honduras, Guatemala and El Salvador), where gangs, often working for larger Mexican and South America cartels, are vying for dominance in the drug trade.

Costa Rica, however, has a murder rate that is only one third of the regional average.

N.B.: If you are having difficulty submitting to the e-mail feed at the top of this page, press "enter" on your keyboard instead of the "submit" button.
Posted by TimothyEWilson at 18:49