May 27. Lenin Emilio Osorio Ortega, the alleged murderer of the American journalist Bradley Roland Will, was arrested on March 9, 2012, not on May 23 as previously stated by the governor of the state of Oaxaca, Gabino Cué Monteagudo, as well as by that state’s attorney general, Manuel de Jesús López.

On Monday the 23rd both the governor and the attorney general said in interviews that Osorio Ortega had been detained that day at about 7:30 in the morning. They said that his arrest came after over a year of investigation.

However, a statement issued by the state attorney general’s office in March had acknowledged the detention of Mr. Osorio Ortega, aged 36, along with three others. At that time the detained were charged with illegal possession of firearms. 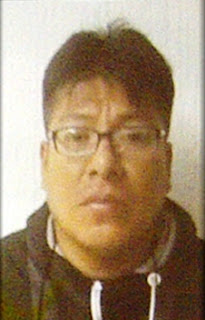 Mr. Will, a reporter for Independent Media Center, or Indymedia, was shot to death on October 27, 2006 during a labor dispute in the state’s capital city of Oaxaca.  He was shot twice. Video evidence taken by Mr. Will at the time of his death has implicated government-aligned paramilitaries.

Specific to Mr. Osorio Ortega, the government’s statement on March 9 said that he was detained in the capital’s Las Flores de Santa Lucía del Camino neighbourhood. At that time he had a “Flame” .22 mm pistol tucked into his waist. He also had nine rounds of ammunition on his person. Another round was later found in his bedroom. 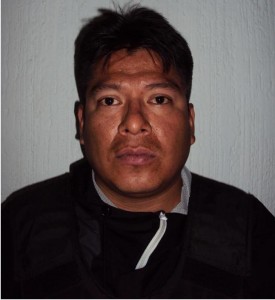 The prosecutor said the suspect was identified through recordings and photographs that were taken during the conflict in October 2006. He said that the shots were fired at a distance of 43 meters.

He stated that the murder was perpetrated by a “lone assassin”, and that it was specific to the conflict between the Popular Assembly of the Peoples of Oaxaca (Asamblea Popular de los Pueblos de Oaxaca, or “APPO”), and political supporters of the former governor. The governor at that time was Ulises Ruiz Ortiz of the Institutional Revolutionary Party, often known by its Spanish acronym, “PRI”.

During the initial investigation, shortly after the murder of Mr. Will, two suspects were detained. However, they were later released due to lack of evidence.

As well, on October 16, 2008, an active supporter of APPO, Juan Manuel Martinez Moreno, was arrested and held on in relation to the murder. He was released after 16 month of detention. No evidence was presented to support the government’s accusations, raising suspicions that Martinez Moreno was simply being used as a scapegoat to provide cover for the former PRI governor.

Consequently, the attorney for Brad Will’s family has been cautious in his reaction to this most recent arrest, as the state has a history of manipulating the criminal justice system for political gain.