It was good news, but it has only served highlight a chronic problem: two Spanish cousins who disappeared on January 7 from Michoacán’s capital, Morelia, are alive and recuperating in Regional Hospital in Uriangato, in Guanajuato state.

The assistant prosecutor for Michoacán, Marco Vinicio Garibay, would not confirm that the two had been kidnapped, but all indications are that they had been abducted in the hopes of receiving a ransom. Unfortunately for the criminals, when foreigners go missing the Mexican authorities shift into high gear – 95% of all crimes against Mexicans are not solved, with many not even investigated, but when a pair of Europeans go missing there is assuredly more pressure. 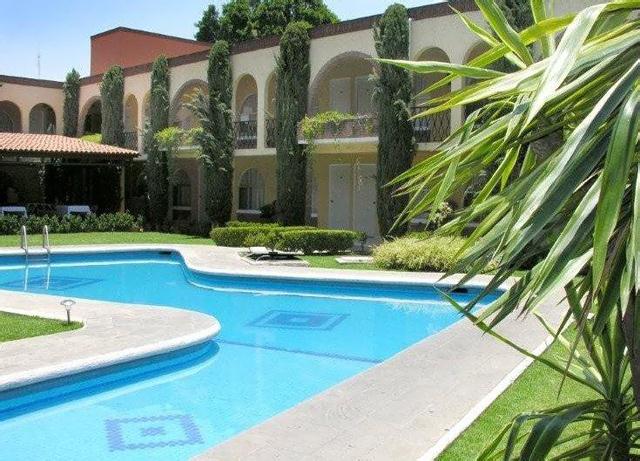 Mexican officials confirmed that the two Spaniards, aged 44 and 45 and from Cuenca, had “some injuries”, but would not give additional details. However, Mexican press reports say that on Sunday, January 13, six days after their abduction, the two men appeared in a highway near the border with Michoacán and Guanajuato, their heads and bodies having been severely beaten by a pipe.

The older cousin has had a retail garment and textile business in Morelia since last year, and has family in the area. The younger cousin came with other family members in December from Spain so that the extended family might spend the holidays together.

Authorities claim that no ransom request was delivered to them; however, it is common for kidnappers to by-pass the authorities, and for family to keep such negotiations to themselves, which leaves open the possibility that a ransom was paid. It is also possible that the elder cousin fell victim to an extortion racket, and was either unwilling or unable to pay.

According to the Mexican press, the two men came to Mexico to “try their luck” in the retail trade but then ended up in a “living nightmare”.

On Monday, January 7, the two men – known only as José (45) and Juan (44) – were with their wives Marisa and Carolina, respectively, at the Bodega Aurrerá store near Torreón Nuevo, close to the highway exit to Salamanca.

The men waited outside in their gold Mustang as their wives shopped. Upon exiting the mall the women could not find their husbands. After the disappearance of the two men, gunmen dressed as police officers went to the hotel Villa del Sol, where the Spaniards had been staying with their families, and assaulted the people there.

Police won’t confirm what form those assaults took, but the assailants apparently demanded information on the two Spaniards, and took photographs of family members, including children. They wanted to know about the Spaniards’ presence in the city, as well as detailed information about family, friends and property.

One relative told the Mexican press that the elder brother and his wife – who have children aged 16, 14 and eight – had actually been in Mexico “for quite some time”, and that they sold clothes in flea markets and moved constantly, renting apartments and having no permanent address.

The western state of Michoacán in one of the Mexican states that has suffered the greatest from the scourge of organized crime, much of it driven by the Knights Templar (Caballeros Templarios) cartel, which has a reputation for dumping its victims – alive or dead – along  Michoacán’s borders with Jalisco and Guanajuato.