A shootout on the Guadalajara-Tequila highway on Friday, January 25, in which six people died, has been described by police as a conflict between two criminal gangs. Which ones, however, and why they were active on a normally tranquil highway, is anyone’s guess. There is also no information on who was behind another Friday-afternoon shootout, this one in downtown Guadalajara between police and alleged kidnappers. As well, the chief of police in the municipality of Tlajomulco de Zuniga near Guadalajara was gunned down in broad daylight early the same day. 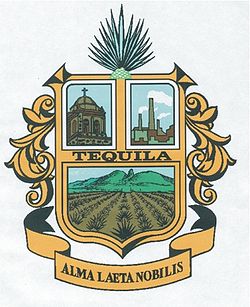 Jalisco state police reported that the highway violence occurred Friday afternoon at the 60 kilometre mark of the road that connects Guadalajara to Tequila, a popular tourist destination. Armed individuals apparently opened fire on men travelling in a number of vehicles.

AK-47s and grenades were deployed, and the attackers fled toward Nayarit on the coast. In the aftermath various vehicles were left disabled by the side of the road, including a motorcycle and a burnt-out van, which had careened into a ravine. Three of the deceased were found on the van.

Inside the vehicles officials found several pistols and rifles, as well as a grenade launcher.

Though one suspect was wounded and captured, police have yet to declare which gangs might be involved. The area, which is to the northwest of Guadalajara, is beyond the typical conflict zone of the La Familia Michoacana and the Jalisco Nueva Generacion cartels, which have been fighting to the east and south of Guadalajara, along the Jalisco/Michoacan border.

The flight of the aggressors to Nayarit, a small coastal state, suggests they may have been subbing for the Sinaloa Cartel, which is active on the coast and engaged in an ongoing conflict against Los Zetas. Nueva Generacion, however, is a sub-group of Sinaloa – this may be a fight between splintering factions. Local “super-gangs” may also be involved.

It is unknown whether this event is connected to a shootout that also occurred on Friday afternoon in Guadalajara’s upscale Zona Rosa neighbourhood. Around 3 pm state police came under fire while pursuing two suspected kidnappers travelling in a black Nissan Maxima along Lopez Cotilla.

The police succeeded in detaining two suspects, with a third being treated after being shot. The shootout resulted in two police cars and several other vehicles being hit with .45 calibre bullets.