Mexico’s police implicated in 90% of kidnappings

According to a study conducted by Mexico’s Council for Law and Human Rights (Consejo para la Ley y los Derechos Humanos), in 2012 the country had over 26, 280 kidnappings, averaging one every 20 minutes. Most damning, in 90% of cases the police were involved.

The organization’s president, Fernando Ruiz Canales, told Mexico’s La jornada that the involvement of security forces has increased from 70% in 2010. Kidnappings are also more dangerous. In 2008, three of ten kidnap victims died. Now, the rate has doubled to six out of ten. 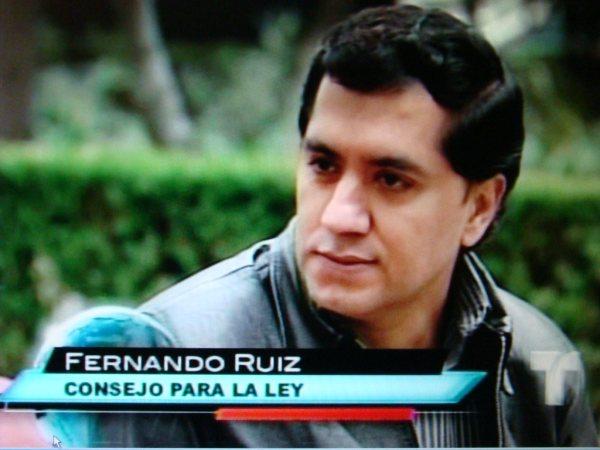 “Generally the kidnapper decides to murder his victim because he always has a lagging fear he’ll be identified,” said Ruiz Canales. “They know the surest way to keep this type of illicit business going is murder."

Ten years ago, Ruiz Canales was himself the victim of kidnapping by a gang called “La Flor” (The Flower). He was held for 15 days until, taking advantage a slip-up on the part of his captors, he was able to escape. In the past decade he has committed himself to finding safe houses, negotiating with kidnappers, and rescuing victims. He has also suffered terrifying death threats.

His work has become more dangerous as the security situation in Mexico has deteriorated. It is now more difficult to assess which kidnappers can be negotiated with, and which will be prone to extreme violence.

Making matters even more challenging, says Ruiz Canales, is that kidnappers have almost complete impunity. Only a fraction of cases are brought to the attention of authorities, with the vast majority negotiated outside the purview of the criminal justice system.

The report highlights the striking example of “José” who was kidnapped last year in Monterrey, in Mexico’s northeast. Over a five day period a kidnapping gang abducted a dozen small businesses owners in the centre of the city. They represented a wide range of enterprises, including owners of phone, clothing, and auto parts stores – even food stall operators.  The victims were taken to a safe house, with the kidnappers demanding $150,000 (2 million Mexican pesos).

All the victims were abducted in broad daylight, blind folded, and beaten while being driven to the safe house. While in transit “I heard them being directed by the state police,” said José.

During captivity, which lasted seven days, all were tortured. The kidnappers placed their victims’ limbs through tables with holes, threatening amputation. When some relatives went to the authorities to lodge a complaint, the kidnappers knew immediately, a further indication that there was collusion with the authorities.

“In fact, a patrol arrived one day to collect their payoff,” said José. “I'm alive because the Army rescued us. After seven days we heard a boom; a smoke bomb had gone off. The military entered and released us, but not before we got the chance to get even with the kidnappers – we kicked and beat them.”

In the aftermath, José lodged a complaint against the authorities, but with no result.

"There is no justice,” he says.  “They are all in on the crime because it’s big business.  Now I see they’ve let go that French kidnapper (e.g. Florence Cassez). The justices of the Supreme Court who participated in the decision to grant her protection (amparo) acted wrongly, opening the door to a criminal. How many kidnappers are going to ask for the same deal? With this, the 'kidnapping industry' will continue to grow. "

It’s an industry that now stands as Mexico’s badge of shame: the country ranks first in the world in annual kidnappings.

And, contrary to many views of organized crime in Mexico, things do not get better the higher up the ladder you go. Amongst victims, the force identified with the greatest complicity are Mexico’s federales, revamped during the PAN administration of Vicente Fox (2000-2006).

"The Federal Police are the most active,” says Ruiz Canales. “They can research and monitor the victim, and are ideal for handling lower-level municipal or state police. It has become a sort of specialization, with each member of a unit assigned a position and particular activity. About 75% of cases are exclusively awarded to members of the Federal Police. It’s a great industry, and it’s all theirs.”

Ruiz Canales adds that the Federal Police force has become a kind of monster, a “social cancer” that continues to grow. It was “a corrupt organization from the beginning; it’s full of very dangerous people with a history in organized crime. Creating it was like tossing them a license to offend.”

A kidnapping gang can torment people for years. After finishing with one victim, the gang will often go after family members. And their surveillance systems are so sophisticated that they will sometimes bug homes in order to overhear conversations and get a sense of the size, type, and location of valuable family assets. This way, they know exactly how to conduct negotiations to achieve maximum profit.

A recent example of group targeting has occurred in the past two weeks in the Central de Abasto del Distrito Federal, the huge supply depot in Mexico City, where there have been seven known – there may be more – kidnappings against winemakers. In response, traders have pooled their resources into a trust to pay ransoms.
(TE Wilson is the author of Mezcalero, a Detective Sánchez novel.)