There was no “safe house” for Saadi Gaddafi in Mexico

Cynthia Vanier is a 52-year-old mother of two who hails from the small town of Mount Forest, Ontario. She loves golf, has a devoted husband, organizes her life around her rescue dog, and has a solid reputation as a mediator in Canada’s indigenous communities.

She is also, according to Mexican authorities, the international ringleader of an organized crime organization that planned to smuggle Saadi Gaddafi, the playboy third son of fallen Libyan dictator Muammar Gaddafi, to a safe house in Mexico along with his wife and two children.

In fact, central to the Mexican authorities’ case against Ms. Vanier is the accusation that she was negotiating the purchase of a property for the younger Gaddafi on Mexico’s Pacific coast.

And, though the freelance journalist hired by Canada’s National Post newspaper, David Agren, did his damndest to write an honest story about how unlikely this scenario was, the Post has persisted in inaccurately referring to the property as being in Punta Mita, the playground of the rich and famous up the coast from Puerto Vallarta.

Let’s get the facts straight. The house in question is not in Punta Mita. It is, instead, at the swampy end of a public beach in La Cruz. Same general area, but a very different neighbourhood. 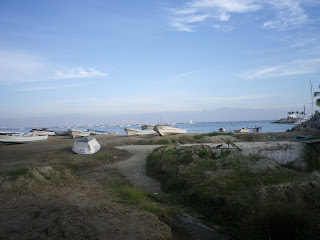 Ms. Vanier’s story is that she was moving to the house in La Cruz to accommodate her rescue dog. That sounds odd. It is the sort of thing that is easily dismissed on Internet message boards. But have any journalists to date spoken to impartial individuals with knowledge of Ms. Vanier’s situation to see if her story pans out? Has anyone from the Canadian government even bothered?


To establish once and for all why this house was being purchased, La politica went on the ground to Bucerias – where Ms. Vanier has her condo – and to La Cruz, where her new house was to be purchased.

We spoke to her real estate agent, who confirmed her story, and also to former neighbours of Ms. Vanier in her condo. Not friends. Not relatives. Simple acquaintances. The man and woman, who don’t want their names used  (there is federal police officer on permanent guard now at their property) made it very clear Ms. Vanier was selling her condo and purchasing her house up the road in La Cruz because of her dog.

“Another neighbour complained about the noise, so she was moving,” said the man, clearly un-nerved by the federal officer, radio crackling, on permanent watch at the gate. “I would have just sent the dog back.”

Then we went to La Cruz and spoke to Steve Needham, an Oregonian in his late fifties. Mr. Needham is Ms. Vanier’s would-be future neighbour in La Cruz. He is the man who jokingly put up the “Casa Kadafi” sign on her intended new home – the photo that made it into the National Post story. He too was under the impression that Ms. Vanier’s new residence had to accommodate her dog.

“I know they had a dog, and they were having some fencing made so that it couldn’t get out of the back yard,” he says. “She just seemed like a nice sweet woman.”

Mr. Needham’s understanding is that the house, called “Estrella”, was sold to Ms. Vanier for about $590,000. According to Mr. Needham, she had permission to go into the house and do renovations before closing.

But after the accusations broke, Ms. Vanier clearly had a credibility problem. She still does. In Mexico it makes more sense for a dictator’s son to buy a half million dollar house than for a woman to purchase it to accommodate her rescue dog.  Persist in explaining to someone in La Cruz that Canadians use plastic bags to hand-pick dog excrement, and you’ll find laughter can turn to wariness.

Nonetheless it is clear from even the most cursory investigation that it was ludicrous for Ms. Vanier, who signed her contract with SNC-Lavalin on June 30, to be prepping this house for Saadi Gaddafi and his wife and two children after her July 16 trip to Libya. All indications are that she was organizing it for her own use.

“It makes no sense at all,” says her sister, Rhonda. “She couldn’t have fooled us, and she wouldn’t have wanted her daughter there for Christmas if she were part of this plan.”

Mr. Needham also heard that Ms. Vanier was pressing ahead with her intention to move –

“I had heard they had rented the condo and the people were supposed to move into the condo on November 17th, the same day they were suppose to take possession here,” says Needham. “But then the shit hit the fan.”

The Mexicans authorities would also have us believe that the Gaddafis were intending to cool their heels at the St. Regis apartment hotel complex in Mexico City, where Ms. Vanier’s co-accused, Gabriela Davila Huerta, had a condo, and where Ms. Davila Huerta often put up her international clients.

“Cyndy and Gabriela looked at a model suite,” says Ms. Vanier’s father, John. “And the Mexicans have construed that into a plot to buy something for the Gaddafis.”

It clearly makes no sense that Ms. Vanier would move the Gaddafis into her house in La Cruz. There is also no evidence – none – that there was a plan to move them into the St. Regis.  This is a fantasy of the Mexican authorities and easily disproved – if anyone bothered to ask around.

But what about the document forgery? What about all that money? What about Ms. Vanier’s and Saadi Gaddafi’s body guard, Gary Peters? And what about SNC- Lavalin, the presumed intellectual author of this mess?

Stay Tuned. La politica has news on those fronts, too.