Mexican officials no longer believe that Cynthia Vanier attempted to purchase a house for Saadi Gaddafi, the third son of fallen Libyan dictator Moammar Gaddafi, as part of an attempt to smuggle him out of North Africa.

La politica has written extensively on the absurdity of this particular accusation. Now it can be established and stated as fact that not only did Ms. Vanier not purchase a “safe house” for Mr. Gaddafi, she never intended to. Instead, the house the Canadian consultant planned on purchasing in La Cruz, Mexico – located between Puerto Vallarta and the luxury retreat of Punta Mita – was intended to be her own domicile.

The story of the Punta Mita house was told by Mr. Peters, who is now unavailable for comment, without any evidence to support it. As well, the Mexican authorities have never referenced a property in Punta Mita. They have only included "La Estrella", the La Cruz property, in connection with a possible residence for Mr. Gaddafi. Now they have clearly concluded that such a safe house did not exist – at least not in connection with Ms. Vanier. 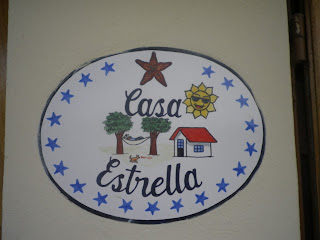 On March 21 Stewart Bell, referring to the people who arranged for Ms. Vanier’s aircraft lease, reported in the National Post that they were “accused of conspiring with Ms. Vanier to smuggle members of Libya’s Gaddafi family to an oceanfront hideaway near Puerto Vallarta.”

This was one week after La politica dispelled the notion of such an “oceanfront hideaway”.  But then, three days later on March 24, Mr. Bell, again reporting in the National Post, stated:

“A town near Puerto Vallarta was the soft landing chosen for Saadi Gaddafi, the dictator’s hedonistic third son and head of the Libyan Special Forces. To get him there, according to Mexican officials, properties were purchased, planes were rented and passports were forged.”

In fact, Mexican authorities only alluded to an attempt by Ms. Vanier to purchase the house in La Cruz. That transaction was never completed, as Ms. Vanier was arrested before the deal closed.

Sadly, this accusation has been repeated, often as fact, in many other news sources.

For example, CTV reported on March 26th about an alleged “James Bond-style scheme which involved private planes, forged passports and a safehouse.”

And  William Marsden, writing in the Montreal Gazette on March 29, wrote that “Saadi had intended to flee to Puerto Vallarta where he had bought a villa.”

That statement was incorrect then, and it is incorrect now. La politica has sent an email to Mr. Marsden advising that this is wrong, but the false statement still sits out there. 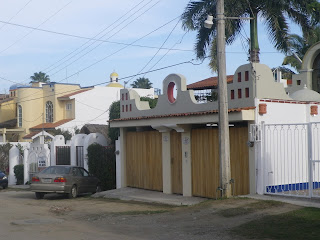 Of course, on a blog like this, we get things wrong, too. In our last post we referenced the "San Diego Reporter," but the name of the paper is the "San Diego Reader." They contacted us, and we fixed it.

We also say things that occasionally upset people, including our sources. But we won’t keep on repeating misinformation when we have been advised otherwise.

The retreat by the Mexican authorities on the “coastal getaway” theory poses some problems for the case being built against Ms. Vanier. Now, the only active theory for a residence would be at the St. Regis hotel and condominium complex in Mexico City.

The Mexican authorities claim that $2,000,000 pesos (US $157,000) was put as a down payment on a residence there. However, we have yet to see any documentation that the down payment came from accounts controlled by Cynthia Vanier.

As well, the lack of a safe house calls into question the validity of the theory that a full-time security detail was being put together for Mr. Gaddafi in Mexico. That kind of close protection would be more suited to a compound – much as exists in Punta Mita, and in Tripoli too, for that matter – than to an urban condominium complex.