Like many corporations, the Canadian engineering giant SNC-Lavalin keeps track of its employees’ e-mails.

For the Montreal-headquartered firm, this is of even greater relevance now that a $250 million class action lawsuit has been launched alleging that senior management “engaged in unlawful activities in Libya”.

Both Ben Aïssa and Roy, who hired Canadian consultant Cynthia (Cyndy) Vanier to conduct a fact-finding mission to Libya last July, left the company on February 10. Ms. Vanier is now in prison in Chetumal, Mexico, accused of attempting to arrange the illegal smuggling of Saadi Gaddafi to Mexico. Saadi Gaddafi, now in Niger, is the third son of fallen Libyan dictator Muammar Gaddafi, and was a close contact for Mr. Ben Aïssa with the former regime.

With regard to these and other issues, SNC-Lavalin has had something of a “poison pen” problem, with insiders leaking information to press, including to La politica es la politica.

As a result, this message was recently sent to all employees at SNC-Lavalin:

To all our employees,

We would like to inform you that we received information that certain members of our staff communicated with the press on recent events involving Mr. Aïssa and Mr. Roy. We expect that our employees respect and keep any information within the company private after signing the Code of Ethics. The company will be taking action to terminate those who have chosen to express their own views and provide the press with information private to the company.

The company is taking every precaution and will take further and clear measures to keep our company information private.

From the Office of the President

SNC-Lavalin's “Office of the President” is a group of 12 senior executives.  It includes chief executive Pierre Duhaime and chief financial officer Gilles Laramee. Not surprisingly, this group now has its own legal counsel. It is represented by law firm Norton Rose. 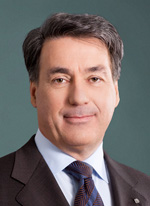 The reason why these senior executives need counsel, and why they are exhorting employees to keep silent, is because the “Code of Ethics” that they refer to with such gravitas was likely breached on a massive scale under their watch.

In fact, while Saadi Gaddafi was bringing hundreds of millions of dollars in business to SNC-Lavalin, the Office of the President didn’t look the other way – it got in up to its eyeballs.

As La politica has previously documented, SNC-Lavalin’s code of ethics is a rather straightforward document. However, parts of it appear to be written specifically for the playboy children of dictators:

“Client satisfaction is central to SNC-Lavalin's continued success. SNC-Lavalin makes every effort to understand its clients' and customers' requirements and concerns and to respond to them, efficiently, fairly and equitably.”

More specifically, under “Gifts, Favours, Entertainment and Payments Given by SNC-Lavalin”, the gestures must be within accepted business practices, of limited value, and of such a nature that disclosure would not embarrass SNC-Lavalin.

Apparently, paying the bills for the inner circle of one of the world’s most notorious dictators – including hotels, security and transportation – is not cause for embarrassment. Must be, because that is exactly what SNC-Lavalin did when Saadi Gaddafi travelled to Canada for three months in 2008.

The hypocrisy of the Office of the President is staggering. But let’s be clear: though employees can be intimidated into not communicating with journalists, they have an obligation to report illegal activities to the authorities. In fact, it is unlawful not to report such information to law enforcement.

This applies to information concerning Cynthia (Cyndy) Vanier as well. Those who have been quick to assume the worst of her often forget that, if she is guilty, the intellectual author of the crime is SNC-Lavalin. The company cannot hide behind the notion that two executives were “rogue”, when their activities had been know about and even encouraged for years.

Sadly, many employees are now terrified. They report to La politica that “no one is safe” and that there is “no such thing as privacy at SNC-Lavalin”.

But a company’s Code of Ethics does not trump a person’s moral and legal obligations to society. So, if you have something to report, you needn’t feel obliged to tell us. You are, however, duty-bound to call the RCMP.