Another massive haul of methamphetamine precursors at Lázaro Cárdenas


Another massive haul of methamphetamine precursors has been seized at Lázaro Cárdenas, Michoacan, on the Pacific coast of Mexico. 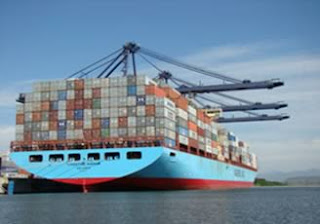 The Mexican Navy is having some success tracking shipments form China

The containers originated in China. Ten of them had the port of Puerto Quetzal, Guatemala, as their final destination, and the other two were on route to Puerto de Corinto, Nicaragua. It is not certain if they were intended to arrive in these final destinations, or if cartels planned to remove the chemicals in Mexico.

Lázaro Cárdenas, and the port of Manzanillo, in Colima, are estimated to account for 90% of the methamphetamine precursors brought into Mexico.

As in other seizures, the action was carried out jointly by the Mexican Navy (Semar), the Attorney General's Office (PGR), and the Tax Administration Service (SAT). The chemicals are now held in custody in “Naval Zone 10” at Lázaro Cárdenas.

In related news, at the other end of the country, in Matamoros, Taumalipas, the Mexican Army seized 508 kilos of marijuana, as well as firearms, magazines, cartridges, and an armoured vehicle.  This occurred in downtown Matamoros, across from Brownsville, Texas, and came as the result of a surveillance operation.

It was a quick grab: military personnel saw two suspicious-looking people leaving a house carrying packages. They fled when they saw the soldiers. The military then secured the building – inside they found the dope, the weapons and an armoured van.