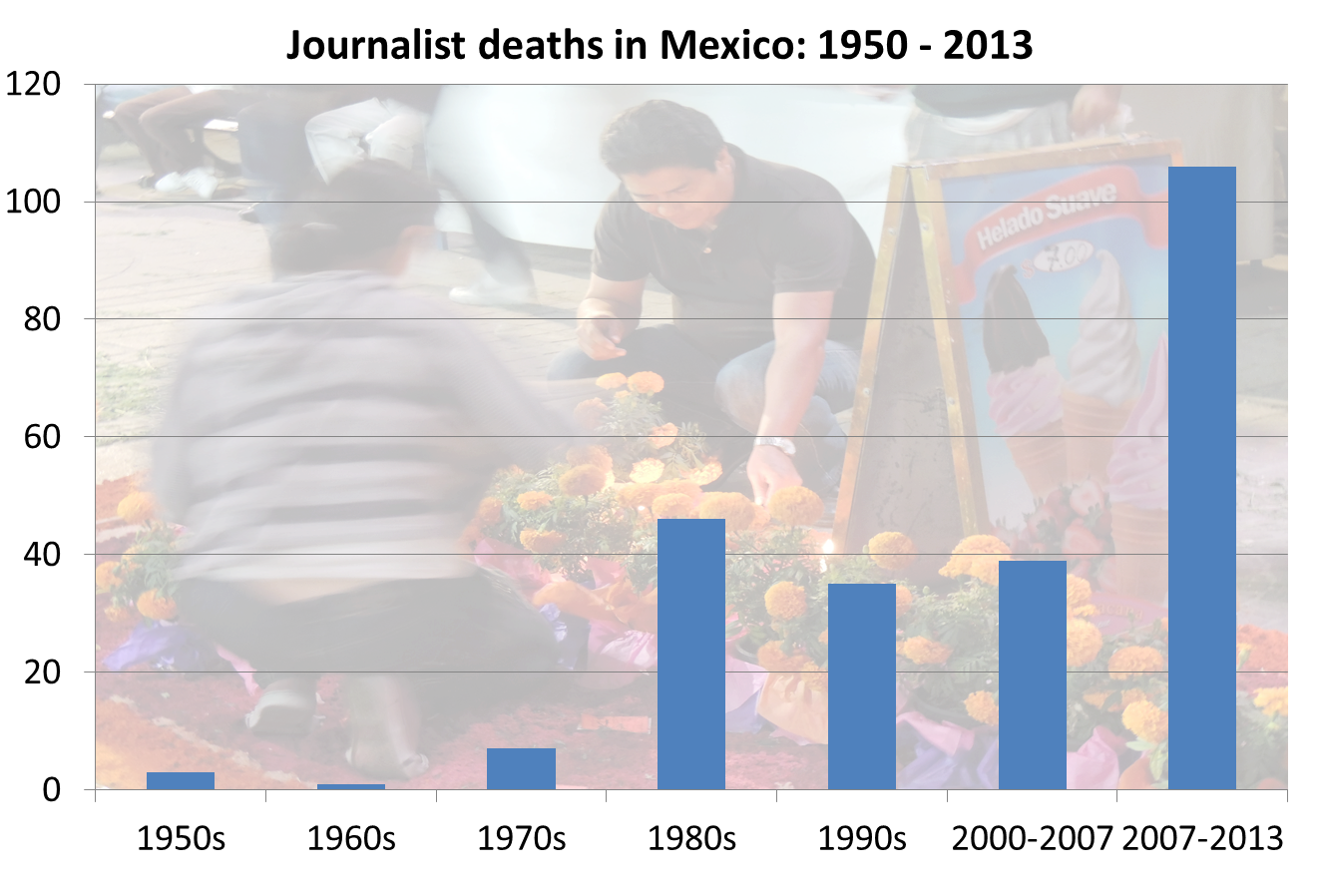 The difficulty in tracking the number of people who have been “disappeared” during Mexico’s six-year drug war is that large segments of the country are in a statistical blackout.

There are three very simple reasons for this: the lack of political will at all levels of government to determine the seriousness of the problem; the fact that citizens are often terrified to report disappearances to corrupt officials; and journalistic “on-the-ground” reporting in Mexico has been severely weakened.

However, as a result of a series hard-hitting reports and press releases from Human Rights Watch (HRW), Mexico’s federal government appears, finally, to be willing to address the first of these challenges: it has now announced that it is setting up a special team to investigate the 27,000 names that constitute its “unofficial” list of the disappeared.

HRW, like many non-governmental organizations with strong social democratic underpinnings, assumes that the responsibility – and authority – to deal with this issue lies with the Mexican state. Many observers then think that when HRW criticizes the government for not being transparent or effective with regard to tracking the missing (or in taking responsibility for those individual cases where the government may be directly involved), it necessarily means that state security forces are the primary agents for all forced disappearances.

This is patently false: the government of Mexico is not arbitrarily killing thousands of its own people. What is true, however, is that the government bears responsibility with regard to its inability to provide security and to track the exact numbers.

The assumption then isn’t that Mexico is engaged in some kind of large-scale and covert police-state policy of disappearing its citizens, as happened in many Latin American countries during the Cold War. However, to the extent that security forces have been responsible for some disappearances/killings, and have been reluctant to be proactive in solving these cases, we are left further in the dark with regard to the grand picture. Clearly, whether it is cowardice, incompetence, or willful neglect, the Mexican government has become complicit in the overall problem of disappearances. This has allowed the scourge to continue unabated, with more people getting killed. And, yes, the government must share some of that blame.

In Mexico, entire regions are in an information blackout, with this void made worse as a result of insecurity engendered by the war on drugs. With this in mind, it is hard for observers at a distance (and that distance can be within Mexico) to conclude how dire the situation might be. 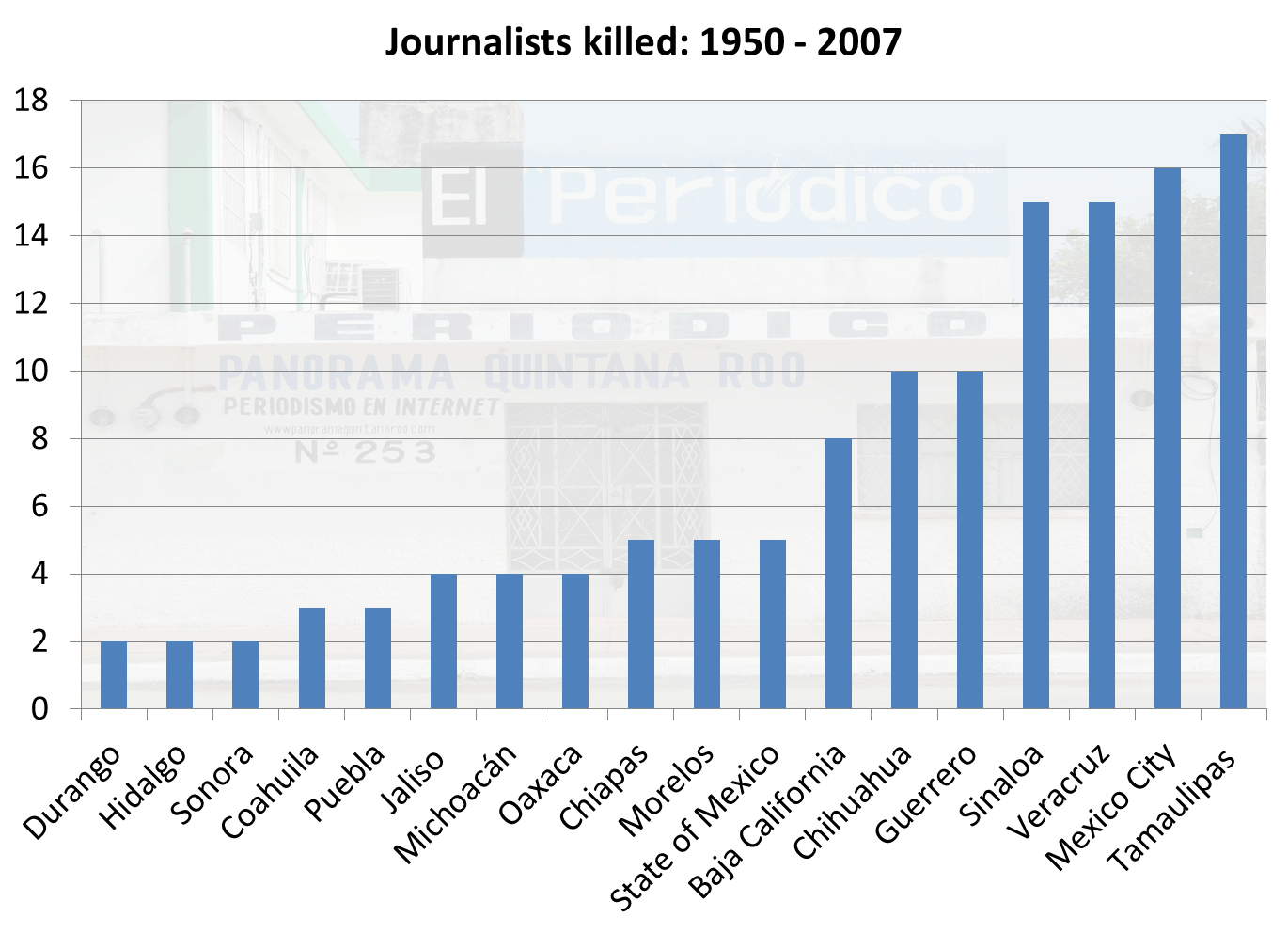 Available data from Wikipedia – cited, but not official – provides a tally of 131 journalists killed in Mexico in the 68 year period from 1939 to 2007. By comparison, since January 1, 2007, when Mexico’s war on drugs got into gear, 106 Mexican journalists have been killed.

When looking at the historical data it is important to note two important phenomena: first, Mexico’s population explosion in the 20th century; and second, the emergence of alternative electronic and social media in the early part of the 21st century.  Though more journalists are dying, they are also covering a larger population; as well, many unofficial “citizen journalists” such as Valor de Tamaulipas, are filling the gap despite ongoing threats. That said, citizen journalists like Brad Will are also getting killed.

A state-by-state comparison is also of relevance when attempting to track the disappeared. Previous to the war on drugs, as can be seen in in the graph above, Mexico City was one of the most dangerous places to be a journalist. That is no longer the case. As well, Sinaloa, historically one of the riskiest places for a journalist, has seen some easing even as the violence has increased, as can be seen in the post-2007 data below. 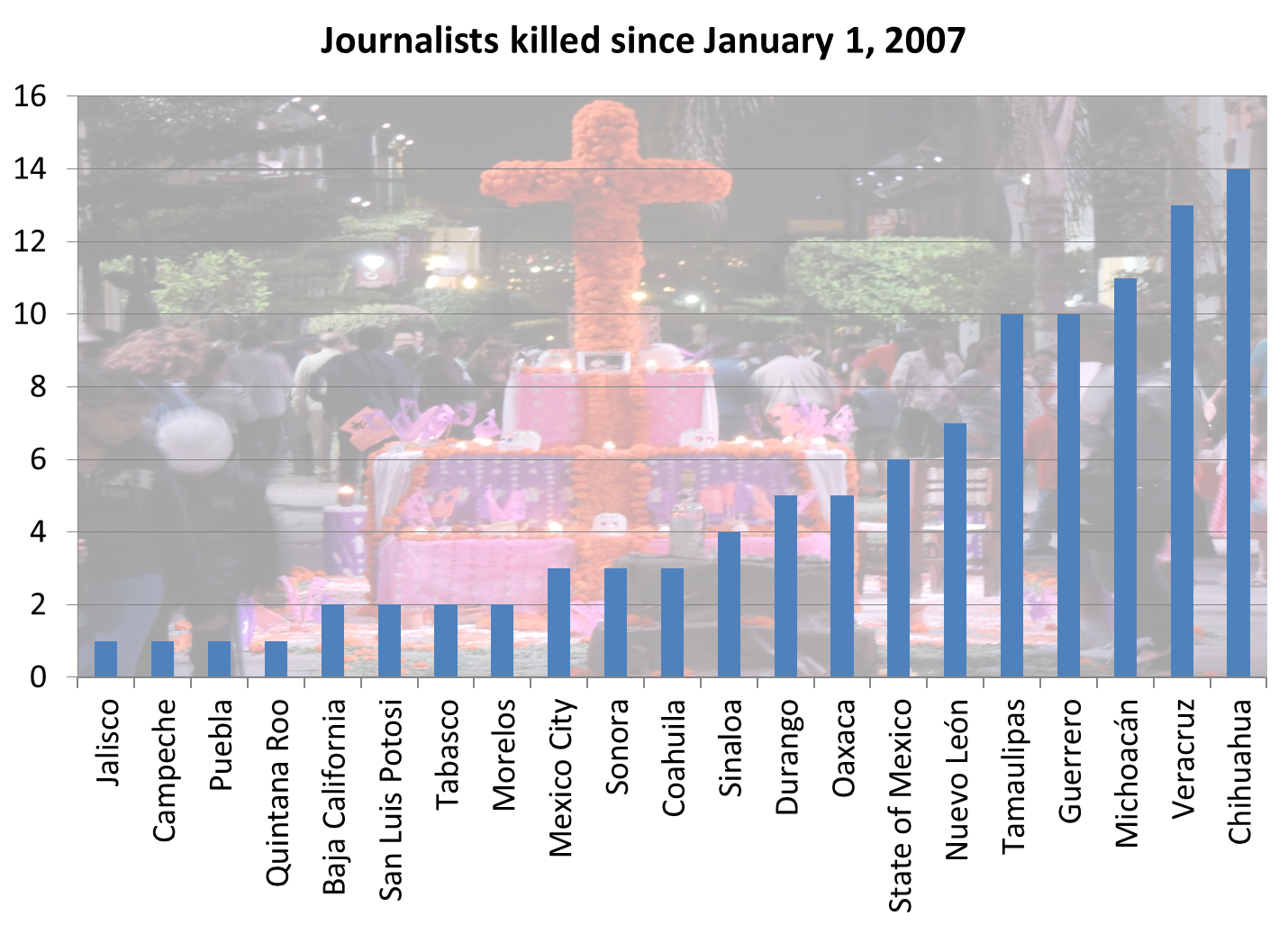 Veracruz, Chihuahua, Tamaulipas, and Guerrero have always been high-risk states for journalists in Mexico. One big change, however, is the increase in journalist deaths in Michoacán, the home state of former president Felipe Calderón and the starting point for the conflict in 2007.

What does this data mean? In La politica’s opinion, it suggests that when the Mexican tortoise finally arrives at the finish line and releases the data, those states recording the greatest number of journalist deaths will correspond with the highest number of citizen disappearances.

Foreign and domestic apologists for the militarization of the conflict are rarely reporting from the ground. Instead, they tend to quote select Mexican guest editorials and pundits as “news” sources. But the sad truth is that, for much of Mexico, we don’t really know what the story is, because it has been silenced by the ongoing conflict. To form a solid opinion of the efficacy of the militarization then becomes more complex – possibly a result desired by the government itself.