A few weeks ago Mexico's Fourth District Court in Cancun denied an injunction for Bruce Beresford-Redman, the American television producer charged with murdering his wife.

As a result, Beresford-Redman, who was extradited from the United States last February, will remain in detention. 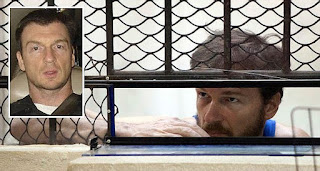 In Mexico, this injunction is known as an "amparo". The amparo’s purpose is to protect an accused’s rights under the Mexican Constitution. At any point during a trial a lawyer may propose filing an amparo.

However, early appeals, which occur during or before a trial, as in this case, rarely result in the release of the prisoner. And even if an amparo is upheld a trial usually proceeds. Mexican judges have significant power, and can effectively rule that though constitutional rights may have been violated the public interest nonetheless dictates that a trial should occur.

Beresford-Redman’s lawyer, Carlos Grajales Betancourt, filed for amparo in March, shortly after his client’s extradition. Beresford-Redman is accused of murdering his wife, Monica Ferreira Burgos, in April 2010, when the couple were visiting Mexico with their two young children.

Beresford-Redman, who worked on such reality TV shows as Survivor and Pimp My Ride, has expressed concern for his safety while in jail. There have been at least a dozen violent outbreaks during his incarceration. Now it looks as though he will have to wait out his entire trial, which is expected to take from eight months to a year.

For more on this see The damning evidence against Bruce Beresford-Redman.

N.B.: If you are having difficulty submitting to the e-mail feed at the top of this page, press "enter" on your keyboard instead of the "submit" button.
Posted by TimothyEWilson at 06:05