When the National Post’s Stewart Bell broke the news last December that the Canadian mediator Cynthia Vanier had been arrested the previous month in Mexico City for allegedly conspiring to smuggle Saadi Gaddafi from war-torn Libya to Mexico, the world took notice.

But there was a problem: the lead reporter was heavily reliant on one key witness, Gary Peters, as well as on inside police sources. This problem persists, and has skewed the reporting on the case to such a degree that it must be called out.

We now know that Peters – who had acted as a body guard for the younger Gaddafi when he visited Canada, as well as for Ms. Vanier during her SNC Lavalin-sponsored fact-finding mission to Libya last summer – has some serious credibility issues.

One major concern is that Peters is a known fabricator. Another is that Bell and others (including La politica) are aware of police reports and both physical and mental health issues that call into question the credibility of Peters’ various statements. The truth is, Peters may have been gung-ho about a plot to smuggle Gaddafi, even if only in his mind, but there is little hard evidence to suggest others were.

The second problem is perhaps more serious. It is Bell’s close connections to Canada’s security apparatus. He is not alone here: many so-called investigative journalists defer to power in order to gain access to leaked information. They get the scoop and become heroes to their bosses. Sadly, this approach allows the powers that be to lead and even direct the news. 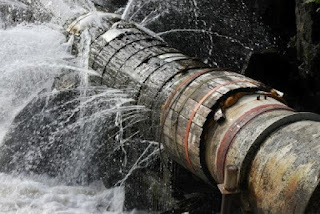 Consequently, one purpose these practices do not serve is the public good. In fact, they often result in fiascos, in which the media get spun to serve the interests of the state, and in which the civil rights of citizens are then violated.

In Canada, one recent example is a police leak of personal contact information to Bell. The person in question is Barrie Rice, who travelled to Libya and to Mexico with Ms. Vanier. Mr. Rice is a respected security consultant with A-list clients such as the Academy Award winning director Kathryn Bigelow. He is a person of interest in this case because he knows both Cynthia Vanier, whom he believes is innocent, and Gary Peters, whom he knows is unreliable.

It is reasonable that Bell would want to talk to Mr. Rice. What is not reasonable is that the police would leak Mr. Rice’s personal contact information to Bell, which is exactly what happened.

“I returned to Canada on July 13 and got a new iPhone that night with a new number,” Mr. Rice told La politica.  “On 24th of July I received an email from an OPP officer that I had previously been in contact with regarding a public security matter. He asked me to Skype him, as he thought I was still out of the country. I then telephoned the officer on the 25th to discuss the matter, and the officer informed me that he would contact the RCMP.”

The topics discussed by Mr. Rice and the OPP officer are private, and are not relevant to this story. What is relevant is what happened next.

“The following day, the 26th of July, I received an email from Bell as well as a call at about 3 pm while playing golf,” says Mr. Rice. “I told him I wasn’t interested in talking to him and hung up. He called back immediately and left a message and contact number. On this day, the 26th, he also called the house – the phone there is not in my name – and as we weren’t home my mother-in-law answered. Bell introduced himself to her, but not as a reporter.”

Obviously, the police had leaked Mr. Rice’s contact information to Bell. After La politica queried the OPP officer about this in an email, the response was strange.

“On the 3rd of August the OPP officer called to say he had passed on my details to Bell and hoped it hadn’t caused problems,” says Mr. Rice. “He sounded like he wasn’t that comfortable.”

After Mr. Rice received confirmation of the leak, he informed La politica. We then spoke to the OPP officer, and asked why the number was given to Bell. We were told that the OPP officer was under the impression that La politica wanted Bell to have Mr. Rice’s contact information. That is not only untrue (and why would we have wanted that?), but it is also specious, since no third party, not even the Prime Minister, has the authority to instruct the police to release someone else’s personal contact information to a reporter.

The OPP officer appears to be aggrieved. Perhaps he was tricked by Bell. Or maybe after Mr. Rice’s contact information was shared with the RCMP, with which Bell has solid contacts, it was then Canada’s national police force that leaked the information. We’ll likely never know. What we do know, however, is that after being called out the OPP officer then had no option but to fall on his sword.

Bell did not respond to email requests for comment, but before we damn him completely, it should be acknowledged that the practice is not uncommon. Journalists around the world cultivate relationships in order to gain access to information, and their bosses reward them for it.

“I am definitely aware of the practice,” says Walter McKay, a security consultant and former officer who has audited police departments and written extensively on effective policing. “It is widespread – in small towns, big towns, around the world.”

McKay advises that if Barrie Rice desired he could complain to the RCMP watchdog, which has some teeth, as well as to Ontario’s ombudsman. However, given that Mr. Rice is neither a Canadian citizen nor a permanent resident, that would seem unlikely.

As it stands, Cynthia Vanier’s audiencia (hearing) in Chetumal, Mexico, is proceeding after delays due to inadequate translation. There is some interesting news here that we’ll report on soon.