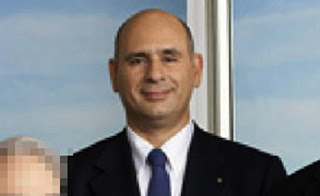 
Attempts have been made, without success, to serve documents personally on both Aïssa and Roy. On March 23, 2012, a bailiff attempted to serve Roy and Aïssa at SNC-Lavalin’s headquarters in Montreal. That would seem to have been a formality, as neither was employed by SNC-Lavalin at the time, having lost their jobs in February 2012.

Searches of public documents and databases were then made to ascertain Mr.  Roy’s residential address. Those searches indicated that he lived in Ile Perrot, an island west of Montreal. Process servers were sent to two addresses, but the attempts were unsuccessful.

Again apparently as a legal formality, an attempt was then made to serve Mr. Aïssa at an address in Montreal. Unsurprisingly, this also failed, as he was likely out of the country at the time, and was arrested in Switzerland in late April.

To solve this problem, orders were obtained from the Superior Court in Quebec for substituted service (i.e. alternative to delivering documents directly to an individual). Specific to Roy, on May 26, 2012 notices were published in The Gazette (in English), Le Soleil (in French) and Le Journal de Montréal (in French).

Mr. Roy’s criminal and civil lawyers were also contacted.  They, however, do not have instructions from Mr. Roy to accept service.

For Mr. Aïssa, in order to comply with jurisdictional requirements under the Hague Convention, the manner of service must be through Swiss authorities, with the rules nonetheless being similar to those within Canada. In effect, if the Hague Convention is interpreted in a way that upholds Canada’s international obligations, then it does not oust the jurisdiction of the Canadian court to order substituted service.

So, with that green light the plaintiffs in another lawsuit against SNC-Lavalin, the “Drywall Fund Action”, are attempting to serve Mr. Aïssa in Switzerland in accordance with the formal requirements under the Hague Convention.

However, this may take some time. The statement of claim is being translated into German for the purposes of service under the Convention. Once translation is complete, it is likely to take a few months to finish the process, with no guarantee of success.

Another strategy employed by the courts has been to go through Mr. Aïssa’s Ottawa-based lawyer, who is able to communicate with Mr. Aïssa through a Swiss lawyer. However, as with Mr. Roy, Mr. Aïssa has advised his lawyer that he does not have authority to accept service.

This is all fall-out from  alleged misrepresentations contained in disclosure documents issued by SNC-Lavalin, which was exposed in an investigation by the Audit Committee of the company’s Board of Directors into contracts under which US$56 million were paid to unknown agents.

Mr. Roy was also the lead contact for the Canadian Cynthia Vanier, whom he hired for a fact-finding mission to Libya in July, 2012. Ms. Vanier is in jail in Chetumal, Mexico, facing charges that she was part of a complex plot to smuggle Saadi Gadhafi to Mexico. Saadi Gadhafi, the third son of former Libyan dictator Muammar Gadhafi, was the main contact for SNC-Lavalin in Libya, where it had hundreds of millions of dollars in contracts.

As the courts close in on Mr. Roy, who appears to be still in Canada, there might be forthcoming evidence from him that would shed some light on the status of any alleged Gadhafi plot.

And by determining that Canadian rules of service trump the Hague Service Convention when Canadian residents travel abroad – for whatever reason – Mr. Aïssa will also be forced to participate. This, too, could result in more information with regard SNC-Lavalin’s relationships with the Gadhafi clan during the chaotic last days of the regime.