The case against Cynthia Vanier, the Canadian conflict mediator accused by Mexican authorities of plotting to smuggle Saadi Gaddafi to Mexico, rests largely on leaks allegedly from the Internet hacking group “Anonymous”.

As La politica’s Timothy Wilson wrote in the Globe & Mail, the leaked information may not stand in court, because it cannot be traced. There is more to be said about the evidence itself – specifically on email intercept technology and whether or not Ms. Vanier’s company, Vanier Consulting, had a designated server or not – but La politica is holding off on that for now.

Suffice to say that on the surface the evidence is damning, but it also appears to be inadmissible in court. This is the problem with “Anonymous” – anybody can rip off the logo and raise hell. 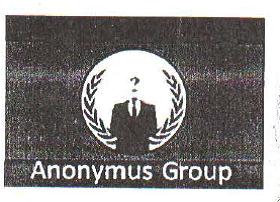 From the fax sent to Mexican authorities on November 5, 2011

At the time of Ms. Vanier’s arrest in Mexico City on November 10, 2011, Anonymous was in a high-stakes pissing match with the ultra-violent Zetas drug cartel, threatening to release 25,000 government emails that named Zetas members unless a kidnapped Anonymous member was released.

Back then, the media reports were conflicting, and to this day we are not sure what the outcome was.  On November 2, 2011, Britain’s Guardian newspaper indicated that Anonymous had pulled back. Then between the 4th and the 8th victory was being announced.

But the alleged kidnap victim was never named, and there has been no confirmation as to what really happened. At the time Anonymous’s spokesman was the Dallas-based hackitvist and sometime heroin user Barrett Brown. (There has been plenty of coverage of Mr. Brown, but the best interview is a year old and can be found in D Magazine).

Mr. Brown was actively involved in Anonymous support for the Arab Spring, but, despite his previous involvement with the Mexican government emails and the alleged kidnapping of a member of Anonymous by Los Zetas, he claims no knowledge of the leaks with regard to Cynthia Vanier.

“I'm actually not familiar with this case or those e-mails,” he told La politica.

It has also been pointed out to La politica that if this were the “real” Anonymous, the group would be a little more attentive to how it spelled its name. In the evidence seen by La politica Anonymous is spelled variously as “anonimous” (from the senders email address) and “Anonymus Group” (from a fax).

“They misspelled anonymous,” Greg Gillispie, who helped broker aircraft for Ms. Vanier, told La politica in an interview. “It didn’t come from the Anonymous group, because they know how to spell their own name.”

However, both spellings are occasionally in use.  “Anonymus” is actually the Latin spelling of anonymous and, according to the esteemed Wikipedia, “is traditionally used by scholars in the humanities to refer to any ancient writer whose name is not known, or to a manuscript of their work.”  “Anonymus” is also a defunct metal band from Quebec.

Then there is the YouTube post “anonimous amenaza a felipe calderon” (anonymous threat to Felipe Calderon), referring to Mexico’s incumbent president, but even they get trashed in the comments section for not being able to spell. And, as further proof that spelling is fluid, “Anonimous 1495” was an unnamed maker of viols from 1485 to the beginning of 1500.

Of course, it could just be an English spelling mistake because the leakers are Spanish-speaking members of "Anonymous Group Iberoamérica",

Finding the source of the Anonymous evidence is crucial to determining who is behind the plot – whether real, or whether as a frame job. What seems evident is that the source is Spanish-speaking (unless that too is a feint).

Judging by the email “vectors” in the hacked evidence, there are central players who are implicated in the leaks. These individuals are also crucial to proving the government’s case, but are about as trustworthy as Baron Münchhausen.