Jalisco massacre and the politics of denial

As central Mexico takes stock of another mass body dump – this time it was 17 mutilated cadavers found at Tizapán El Alto, Jalisco – the Mexican citizenry, the expat community, and even the politicians take cold solace in the supposition that the dead are all criminals.

The governor of Jalisco, Emilio González Márquez, knew he was playing the right hand when he announced that six of the 17 had criminal records. Obviously, that's good news. Who cares about them? 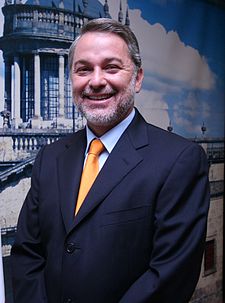 González Márquez, in the spirit of national solidarity in the face of a terrifying and never-ending drug war, added that the victims had likely died in the nearby state of Michoacan, and were then "tossed" in Jalisco.

Mr. González Márquez is, of course, unaware that his comments and attitude are part of the problem. He might as well be a Canadian snowbird in Puerto Vallarta, one of those people who think that crime can be out of control in Mexico and yet, magically, not affect them.

What Mr. González Márquez did not point out, but which was revealed later by Jalisco’s Attorney General, is that two of the victims, one of whom had a criminal record from the southern state of Chiapas, were army deserters.

Another of the dead had been imprisoned in the Social Rehabilitation Center in Pochutla, Oaxaca, a stone’s throw from the resort towns of Hautulco and Puerto Escondido, hundreds of miles from Jalisco.

The men had been chained together and shot. They were found bruised, bound at hands and feet. A source from the Medical Examiner (Semfo) told the Mexican press they had been dead from 24 hours to seven days. Presumably, this was a settling of accounts.

Judging by the tattoos of Santa Muerte and clothing, authorities are investigating the possibility that the some of the unidentified dead were Central American migrants trying to reach the United States. If true, it would add a sour note to the governor’s off-handed lack of concern.

This is the third massacre in Jalisco in under a year. On November 24 last year 26 bodies were left in three vehicles in the vicinity of Los Arcos del Milenio in Guadalajara. That incident was attributed to the Millennium Cartel and its alliance with Los Zetas, who were attempting to push out the Sinaloa Cartel and its local ally, the Jalisco New Generation Cartel (Cártel de Jalisco Nueva Generación).

Then, on May 9 of this year 18 bodies were found in Ixtlahuacán de los Membrillos, on the road between Chapala and Guadalajara. That massacre was thought to be retaliation for the death of 14 people in far-away Nuevo Laredo, Tamaulipas.