According to reports from Mexican media, an American citizen and two other presumed supporters of Hezbollah were captured on the evening of Saturday, September 8, in Mérida, the capital of Yucatán state in the south of Mexico.

Rafic Mohammad Labboun Allaboun, 44, was transferred on the morning of Sunday, September 9, to Houston, Texas, according to Mexican sources close to the operation, and has been remanded to El Paso, Texas, by the FBI for further investigation. He is suspected of being part of an Islamic terrorist cell that operates in Central America and the Yucatán. 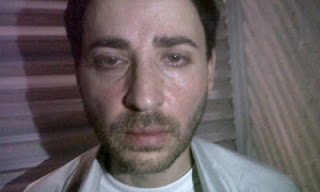 The arrests occurred as a part of a joint operation with local police and Mexico’s Instituto Nacional de Migración (INM) in cooperation with the FBI and Homeland Security.

Last November, during a debate as part of the Republican Party nomination process, both Rick Perry, the governor of Texas, and Mitt Romney, the subsequent victor and now the Republican candidate for president of the United States, stated that Hezbollah was active in Mexico.

In response, Mexico’s Secretary for External Affairs (Secretaria de Relaciones Exteriores), Patricia Espinosa, indicated that her government had no evidence indicating any activity by Islamist terrorist groups within Mexico.

Labboun recently served 27 months in U.S. prison for credit card fraud, which authorities suspected was used to fund Hezbollah. In total, Labboun moved $102,000 in credit card purchases of gold in Saudi Arabia by creating a false line of credit between several U.S. banks. The money ended up in Lebanon, and has never been recovered.

Labboun was only let out of prison this past summer. He was supposed to pay back the money as part of his three year probationary term. Instead, he took flight to Mexico on a false passport from Belize, possibly with the help of the two men he was arrested with.

The two other suspected Hezbollah agents, George Abdalah Elders and Justin Yasser Safa (aka Samer Yousef Safa), are citizens of Belize, and were also taken into custody during the same operation. Both were in possession of valid Mexican visas.

An INM employee, speaking on condition of anonymity, said “There was an immigration alert on Friday; it informed us that Rafic had been seen in Mérida."

But how did Labboun Allaboun get removed so promptly to the United States?

“They took him right away to Houston,” said the source. “He went out on the first flight Sunday morning.”

The source insisted that U.S. agents were not involved on the ground.

“It was migration agents from Yucatán, and state police.”

At around 9 pm the operation closed in on the three men in the Francisco de Montejo neighbourhood in the northeast of Mérida. The men were detained at #56 and #58 on street 41-B.

Witnesses said that the Mexican authorities made quite a show of force. The Secretariat for Public Security (Secretaría de Seguridad Pública, or “SSP”) used high-calibre weapons and even showed up with an armoured vehicle equipped with a Barrett fifty calibre machine gun.

Locals also said that members of the group may have had a small restaurant in Merida, named “Habibi” that closed recently.