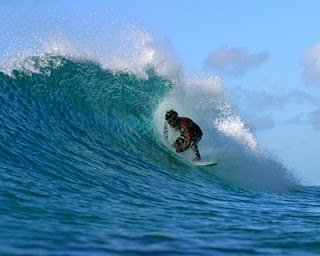 The family is also less than impressed by the actions of the Canadian government. Ms. Gravel found out about her brother’s death through a Sûreté du Québec police officer, whereupon she contacted Foreign Affairs for confirmation.

So far, all the Canadian government has been able to do is to confirm that Mr. Gravel is in the morgue.

Mr. Gravel, a former truck driver, retired in January and settled in Costa Rica on May 13 after a trip to Europe. Though the Costa Rican police have ruled out murder, his family thinks he was killed after a fight.

Apparently, Mr. Gravel had deposited money in a Costa Rican bank account 25 years ago, and the purpose of his trip there was in part to recoup this investment, which had accrued significant interest. People in the community knew this, which would have provided a motive for murder.

However, the owner of the hotel where Mr. Gravel was found, who is also from Quebec but has requested anonymity, told French-language media that he believed it was a suicide, as the hotel room was tightly closed from the inside.

“There were no windows open,” he said. “It was blocked, there could be no one with him inside...There was no theft, things of value were there, the money was there.”

Jacó is a popular destination for tourists and surfers on Costa Rica’s Pacific coast. However, it has a dark side, and is known for an active year-round prostitution trade that caters to both foreigners and people from San José, Costa Rica’s nearby inland capital.

An anonymous contributor to the Costa Rica Star, while noting that “violence in Jacó rarely affects the average traveler”, wrote this on July 5 –

...along with sex, comes an abundance of Cocaine and other drugs like GHB and Ecstasy. With drugs come crime and violence. Most of the violence remains in-house, factions of the many different drug dealers fighting amongst each-other or lessons being learned about debts owed.

And while there is no evidence that Mr. Gravel was involved in any illegal activity, and there is as of yet no indication of theft, if he was murdered then evidently someone had access to his room. Here the advice from the Costa Rica Star’s observer of the Jacó scene is worth noting –

Never take working girls or working guys, for that matter, back to your personal hotel room or apartment...Often times they are taking mental inventory of your possessions and making the assessment of whether or not it will be worth the trouble of having their boyfriends and pals come over and rob you for real (she now knows where you are living). I have seen this happen more than once.

(The full article can be found here).

Costa Rica, which has no extradition treaty with Canada, has been a haven of sorts for Canadian crooks, even being hailed by some media as a “paradise for criminals on the run”.

For example, Ian Davidson, a retired officer and alleged mole within the Service de police de la Ville de Montréal, is believed to have planned to move to Costa Rica before he allegedly committed suicide in January in Laval by stabbing himself to death. Mr. Davidson, who was under investigation for selling information to organized crime, apparently intended to take refuge in Costa Rica because he would be sheltered from the Canadian justice system.

Police sources have also said that mafia members and bikers from Canada and the United States consider Costa Rica to be an attractive place to hide out. They can lay low and avoid violence – just like Richard Valle, founder of the Nomads biker gang, who spent six years in Costa Rica before his arrest in Quebec.

There is also suspicion that James Bulger, the former number-one Irish mobster in Boston, who is wanted for no less than 19 murders, has hidden out in Costa Rica for over 20 years.

Despite the lack of an extradition treaty, and ample evidence that Costa Rica is a haven for criminals wanted in Canada, Canada announced last year that it will provide up to $15 million to bolster the Central American country’s national police force.

There has been some good news of late: for 2011 Costa Rica reported 474 homicides, 53 fewer than in the previous year. This was the first decrease in six years.