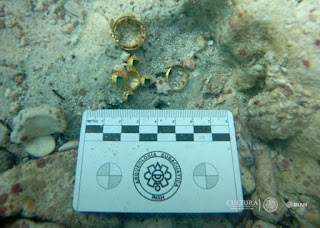 It’s believed that the jewels, likely intended for sale to affluent Spaniards, were lost when a ship went down in the strong currents that converge off the Yucatán coast. This is the first time that professional underwater archaeologists have discovered artifacts of this sort in Mexico.


The treasure was discovered by Roberto Junco Sánchez, sub-director of underwater archaeology at INAH, who said that in total 321 piece of gold were recovered. Included among these were 83 rings, as well as toothpicks, charms, rosary beads, medals, emerald broaches and crosses, and five medallions and reliquaries.

Perhaps the most impressive aspect of the find wasn’t the gold, but the emeralds.

“In total, there are 74 emeralds embedded in the jewelry,” says Junco. “This includes a small dragon figure with 14 emeralds, two diamonds and other ‘dragonlets’ with four emeralds in and behind their eyes, as well as three large loose emeralds and one smaller one.”

The jewels shed light on the intense economic activity of high-value items that occurred between the vice-royalties of the Spanish Crown.

“These items were destined for the upper classes,” says Junco. “Only they could afford this kind of jewelry, and to show it off. We have items for cleaning teeth, but the artefacts also provide insight into religious rites and their significance, given the number of rosaries, crosses and reliquaries.” 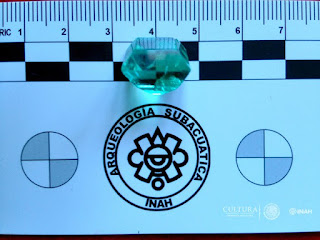 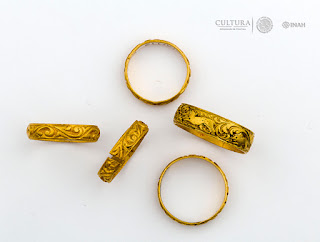 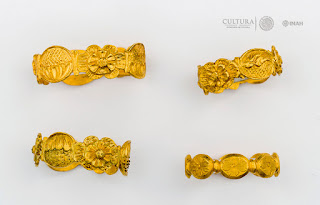 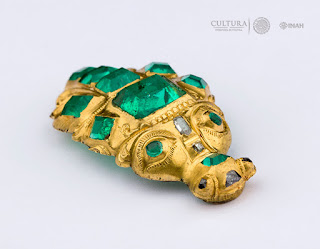 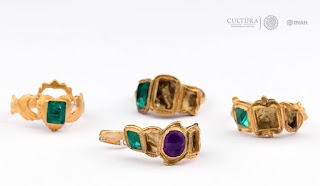 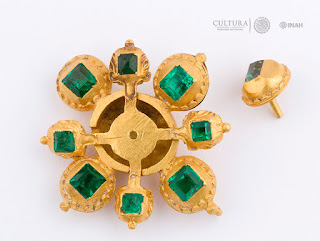 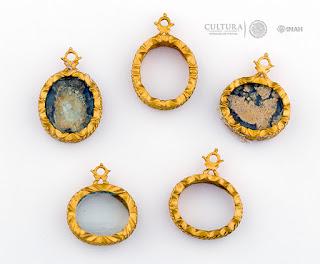 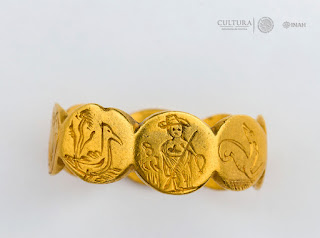